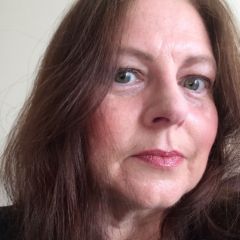 An email dropped into my inbox earlier this week inviting me to the world premier of SAFER, a new play by Sarah Jayne Dickenson at the Wrecking Ball Arts Centre: “Created through interviews with The Hull Roundheads RUFC – Hull’s only gay and inclusive sports team. It’s hard hitting, tender and truthful but doesn’t forget the funny and absurd as it explores what it is to be part of something truly inclusive; whatever you are, choose to be, on whatever day, whatever happens, you can find your tribe.”

That was the email, and to be honest, it had me intrigued.

So, this evening, I popped down Whitefriargate and found Wrecking Ball Arts Centre just next to The Works. An interesting venue with a café, bookstore, vintage records and CD’s I’ve made a mental note to go back and have a good poke around. Upstairs is a small theatre seating around 100 people. An intimate space which soon filled up. That’s the great venue, but what of the play.

This was a superbly written play by Dickenson. Indeed it was hard hitting, tender and inclusive and the audience were laughing throughout the 50 minutes of the play.

With only two actors on stage throughout, Angelo Irving and Ethan Lang took us through the experiences of various members of The Hull Roundheads RUFC team. All inclusive, gay, trans, pan, straight, all are welcome at the club and the two actors swiftly changed characters with the addition of dangly earrings or a beanie hat, a pair of glasses and different accents.

They showed us the fears of a new player and their apprehension at walking through the door. They took a pop at the northern weather in winter and that fact that this was a Rugby Union team in a Rugby League mad city! They played the ‘father’ of the team and his mantra of the players contract, that I could hurt you and you could hurt me on the field but it was the contract which protected you. They played characters that were the tough, brash, homophobic schoolboys in the 80’s, 90’s 00’s, 10’s and how they would mercilessly bully the boy in the changing rooms who was ‘different’. The boy who would fit in with The Hull Roundheads RUFC – a safe space for inclusive sport.

Irving and Lang were just hilarious, bouncing off each other, quite literally in parts. In a rugby mad city, I can see this play taking off and one day hopefully, playing to larger audiences at Hull Truck (if anyone from Truck sees this, then take a look).

It is definitely well worth watching, however, for now you will have to be quick as it only playing at 2.30 or 7.30pm on Friday 29th July and also at Hull Pride on Saturday at 2.15 in the ‘Tent of Imagination’. Tickets are £5 (£3 for concessions).