Top theatre coming to Hull and East Riding this Autumn 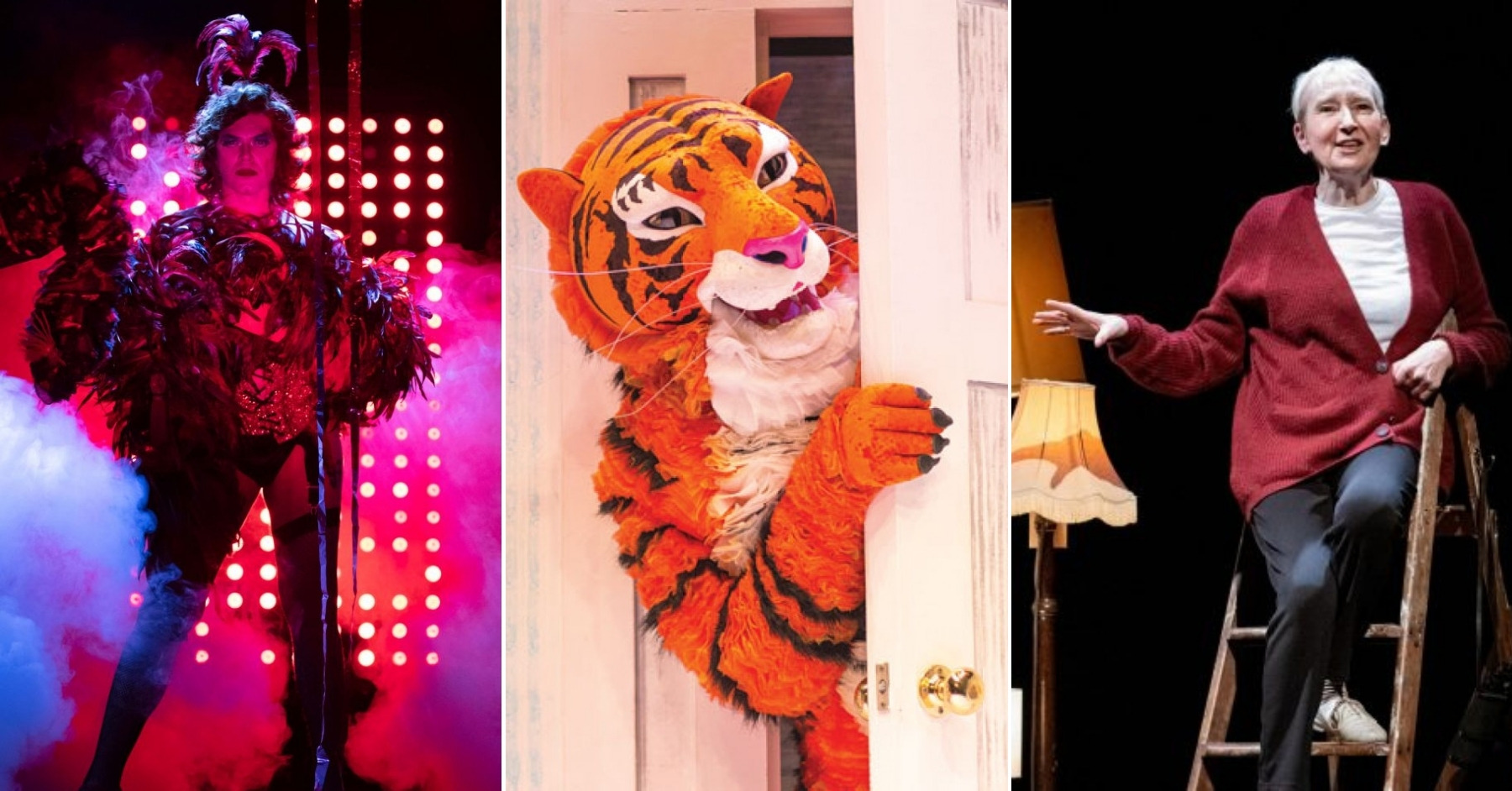 Is there a better evening out than heading to the theatre and watching an amazing, star-studded production? Luckily here in Hull and East Yorkshire we’re surrounded by some of the best theatres the country has to offer, and they are always putting on sensation shows. Due to Covid, the theatres haven’t been open for long, but there have already been so many fantastic performances this year – including the likes of Romeo + Juliet and School of Rock. Here are lots more really great shows going on this autumn both in Hull and throughout the East Riding.

In this adaption by the hip-hop Shakespeare company, Quandary Collective, Richard II is getting a modern makeover. This is the story of a woman who poses as a man to gain power, only to end up in the middle of a brewing war. Blending Shakespeare’s original text with electronic music, this play is a one of a kind that you have to see!

Tickets are £18 and you can buy them here.

The Importance of Being Earnest

Oscar Wilde’s classic comedy is being performed not so far from home! This story of two gentlemen going through hilarious and drastic feats to decieve and win the hearts of two young women is sure to make you laugh and think about how important being earnest is.

Rescheduled from 2020, Harpy tells the story of Birdie, a chronic hoarder which has made her an outcast in her neighbourhood. However, she hasn’t been able to give anything up since she lost something very precious years ago…

This is a one-woman performance by the acclaimed Su Pollard, and was written by Fring First award winner, Philip Meeks.

This dance theatre performance is based off of the story by Carol Ann Duffy, and it ties together an assortment of fairytales which the character of Jub has to defend against the Witch. If you want to watch Goldilocks, Cinderella and Little Red Riding Hood get their happy endings in an imaginative production, this is the theatre for you.

Tickets are available from £10, which you can find here. As this is a rescheduled performance, original tickets are still valid.

The Tiger Who Came to Tea

Coming straight from the West End, the beloved children’s story is finally coming to Hull after pausing on their tour. It is a fantastic play that tells the heart-warming tale of a young girl that invites a bery hungry tiger to tea. After over 10 years on stage, it has even been nominated for an Oliver Award!

Tickets are available from £12.50, which you can find here. As this is a rescheduled performance, original tickets are still valid.

This enchanting story inspired by the mythical wizard Merlin is a mix of classic ballet and dramatic story-telling, as choreographed by the Oliver award-winning Drew McOnie. Northern Ballet’s Merlin will take you on an epic adventure as the wizard learns to master his magic in order to unite a warring kingdom. This will be a beautiful performance about a well-loved legend.

Tickets are available from £9.00 and you can book them here.

Lilies on the Land

This play was originally intended to be performed last year to mark the 75th anniversary of the end of World War II. Even though it’s been delayed, Lilies on the Land is a celebration of the women who helped the war efforts by joining the Women’s Land Army. Based on 150 letters and interviews from the original Land Girls, it is an accurate depiction of womanhood in war.

Tickets are £10 and available here.

Dirty Dancing is an iconic movie, which is being retold on stage later this year. The classic story of Baby and Johnny will be told with spectacular emotion, sensational dirty dancing and the hit songs Hungry Eyes, Hey Baby, Do You Love Me? and (I’ve Had) The Time Of My Life. This worldwide favourite will definitely be something to look forward to as we get out of lockdown.

This comedy by Nick Darke centres around the lives of two fishermen in Cornwall who are suffering from the impacts of Brexit. Trying to fill the new EU quota system, they decide to use their lobster pots to start a drug dealing side business.

This Halloween, join your favourite witches and wizards at Pocklington in a spellbinding tale full of magic and pop music! What’s a better way to spend your October half term than watching a pantomine?

One of the most famous musicals in the world, CHICAGO is the story of Roxie Hart (played by Faye Brookes from Coronation Street) and how she tricks the public into believing she is innocent of killing her on-the-side-lover after he threatened to leave her. Set in the decadent 1920s, it is a show full of glamour and glitz that has the greatest soundtrack, including favourites like Razzle Dazzle, Cell Block Tango and All That Jazz. With a star-studded cast, this production will blow you away!

Tickets are available from £20.00 and you can book them here.

Another reimagined classic is Wuthering Heights, Emma Rice transforms the work of Emily Bronte into a unique theatrical experience full of music and dance. The story of Cathy and Heathcliff’s rocky romance on the wild Yorkshire moors is sure to inspire and thrill you!

Recommended for ages 10 + because of infrequent strong language, stylised violence and sexual content.

Another West End favourite is The Rocky Horror Show! The legendary rock n roll musical by Richard O’Brien is coming to Hull as part of its 2021 World Tour. Directed by Christopher Luscombe, it tells the story of two squeaky clean college kids Brad and Janet who meet the charismatic Dr Frank’n’Furter when their car breaks down and they’re pulled into a strange series of events they won’t forget. This timeless classic is full of all your favourite songs, including the iconic Time Warp that will get you jumping to the right, stepping to the left and bringing your knees in tight.

Tickets are available from £15.00 and you can book them here. Original tickets are still valid.

The critically acclaimed West End show and winner of Best New Musical and What’s On Awards, London, Everybody’s Talking About Jamie is a fun and feel-good story about making your dreams come true. We follow Jamie New, a sixteen year old who lives in a council estate in Sheffield and is scared of the future. Little does he know, with support from his mum, he will be a sensation when he goes out into the spotlight. With a host of original pop songs, everybody will be talking about Jamie!

Tickets are available from £20.00 and you can book them here.

Meet the cast of A Midsummer Night’s Dream, a new community production at Hull Truck Theatre