We have another fantastic week of events in Hull, packed with shows and gigs for both the weekend and the days leading up to it. Hull New Theatre celebrates 25 years of Lord of the Dance, Bonus Arena sees another round of Alan Partridge as well as a visit from Michael Kiwanuka, plus some amazing gigs including hit-maker Declan McKenna and a tribute to the Rocketman in The Elton Show. The Great British Food Festival also takes place on the weekend, making for a great day out.

Lord Of The Dance

This uniquely entertaining show joyfully re-creates the magical “spirit” of Elton John and his music covering four decades of incredible music, from the 70s up to the present day.

Liverpool indie icons SPINN have shared a brand new single, The Things She Says To Me – the second single from their upcoming EP to be released next month on Modern Sky Entertainment.

In a concerted effort to get promoted from 4th to 3rd best poet in Hull, Dean Wilson returns to the stage that saw him perform to great acclaim in 2021 for two very special gigs. Dean has recently signed a record contract (with indie label Irregular Patterns) and recordings of both nights will constitute his first LP ‘Sometimes I’m So Happy I’m Not Safe On The Stage.’

Drunken Moose Promotions presents Live Comedy at O’Rileys; Come join us for our first night showcasing 10 comics from near and far, mixing experienced comics with some newer faces making their way in the world of stand up with a bit of live music at the interval.

The Great British Food Festival comes to Burton Constable Hall for the first time this May!
Expect a blend of tasty street food and artisan local businesses on the lawns surrounding the famous Hall. As part of your entry fee, you can also explore over 300 acres of impressive parkland & grounds. In addition, you will receive 50% off entry to the Hall.

Over a multi-decade broadcasting career, this wonderful and surprisingly well-read man has brought delight to millions of ordinary people the nation over. This is why, with the country riven with discord, beset with disease, and niggled by bickering, Alan is touring the country with a message of hope, a new way of thinking.

The star of BBC1’s Strictly Come Dancing is taking to the road with his debut solo tour!
Join Craig as he talks about his life from Australia to the West End to Strictly, reveals a wealth of backstage gossip with his trademark wit and candour, and gives a very special performance of some of the music which has been the soundtrack to his career.

Review: Fancy footwork that thrills – Lord of the Dance at Hull New Theatre 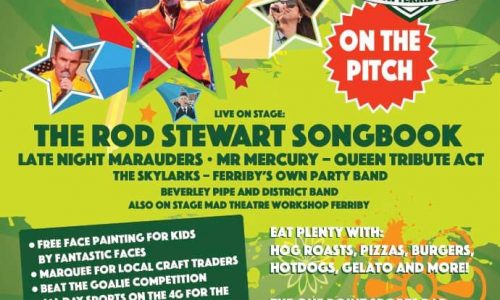