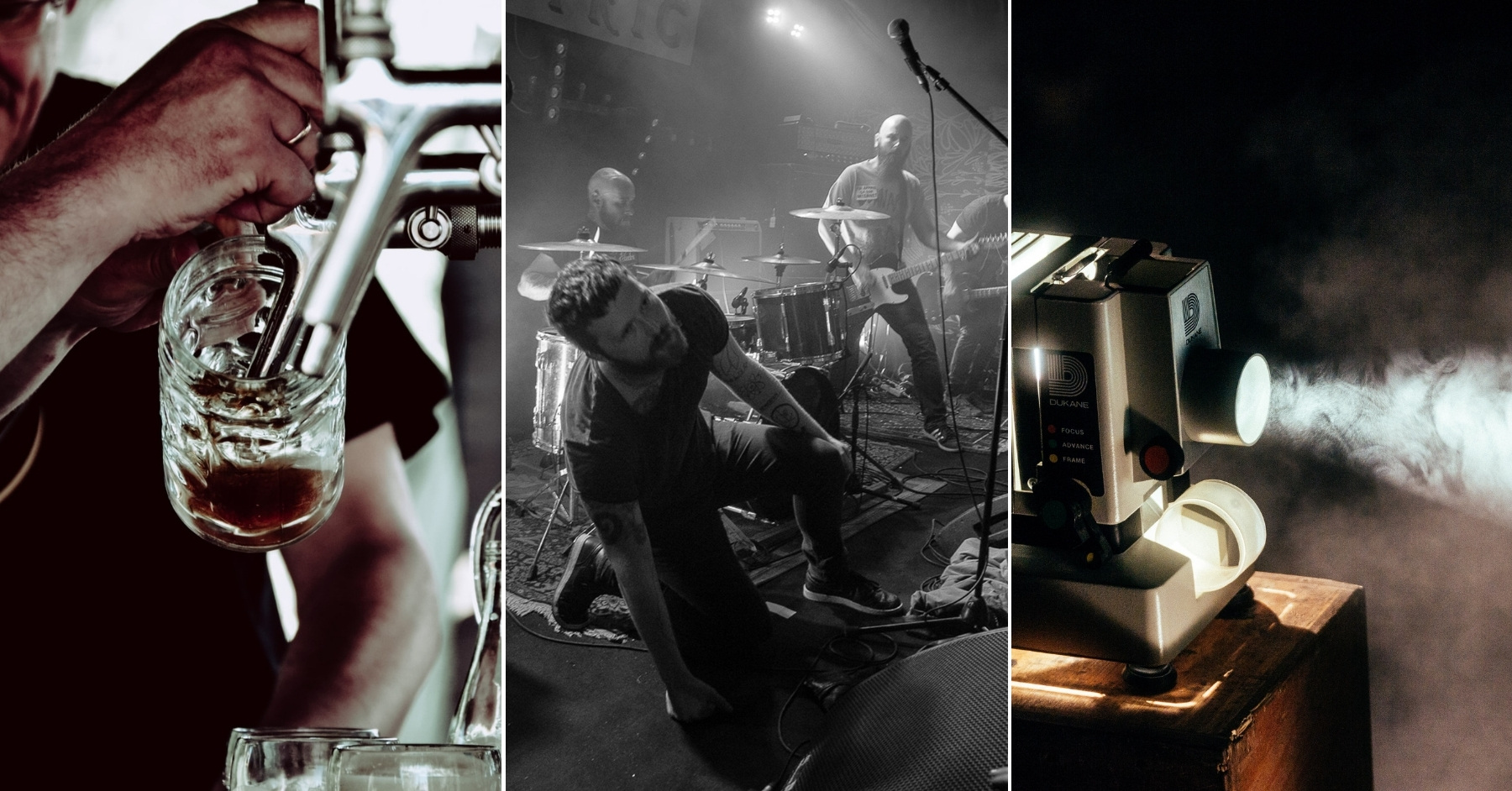 We love events at Hull What’s On, it’s the whole reason we made this website! There’s always amazing events happening across the city every week and this week is no exception. This week in Hull, there’s live music, stand-up comedy, a film night, a beer festival, AND a food festival. Have a great week!

“This Summer Hull Minster will once again play host to a major Hull Beer Festival. We’ve lined up a cast of local breweries and made space for some local musical talent, with food provided by vendors from neighbouring Trinity Market.

Local favourites such as Atom Beers, Bone Machine, Great Newsome and many more are already confirmed, and entertainment will be provided by a host of local bands and artists, including the likes of Ramble Gamble, The Nocturnal Flowers, and Dogfinger Steve. This is just a small selection of the breweries and bands lined up for the event, which promises to showcase much of what Hull’s beer and music scenes have to offer.”

This awesome event is going to be two days packed full of interesting beverages and great live music that will be sure to impress you and bring out your inner beer connoisseur. Make sure you grab a ticket here and have a fun start to your weekend.

If you’re after a gig that’s showcasing 2 up and coming bands in the Hull area… look no further. Its also free entry, so go check it out and see what the underground music scene in Hull is like.

“Elemental is back @ Adelphi presenting Breakthrough! Get ready for a mixed genre high energy night with some of the best local talent around!

“Our headline this time is an amazing DnB MC who’s been setting waves coming up from the south to set some more… IFFY! She will be joined with her agile DJ FELINE REFLEX!”

Anyone that loves electronic music will not want to miss this night at The Adelphi. Elemental are showcasing some of the best local talent that Hull has to offer… no need to grab a ticket as its £7 on the door, and £5 if you have a flyer with you!

This is looking to be an absolutely amazing gig… even though the previous headliners, Guru Guru, had to pull out of the show, St. Pierre Snake Invasion have taken over and modern mood swings have stepped up to fill the support.

This will be an awesome gig for anyone who loves loud music with inventive riffs and melodies, grab a ticket here.

5. Film Club: Once Upon a Time in the West

“A mysterious woman in the Old West is in danger from a band of ruthless gunmen.

Classic film fans along side wild western film fans are definitely going to enjoy this event. Wrecking Ball Music and Books are showing the classic western film “Once Upon a Time in the West” at their shop on Whitefrigate Street in the city centre.

If you want to relax whilst watching an amazing film, grab a ticket here.

Grab a ticket here for a fun filled night of comedy.

“Pop along to Trinity Square to our new market with everything kitsch. Enjoy your lunch from the wide range of food and drink traders inside Trinity Market. Browse the independent gift and clothing shops inside both Hepworths and the Market Arcade.”

Get shuffling on down to Trinity Square to enjoy some good food, great drink and even better stalls in the market and outside Trinity Minster in this great free day event.

“The shop elves at Grimm & Co are very excited to release their brand-new book of spells designed by none other than Graham Grimm himself!

But there’s a problem – they’ve spilt bubble bath all over one of the pages and ruined the growing up spell!

Can you help us recreate the spell so all the mini-magical beings around the world can grow up?”

this awesome family friendly wizarding event is free entry… but be sure to sure to register for the event online here to adhere to guidelines put in place.