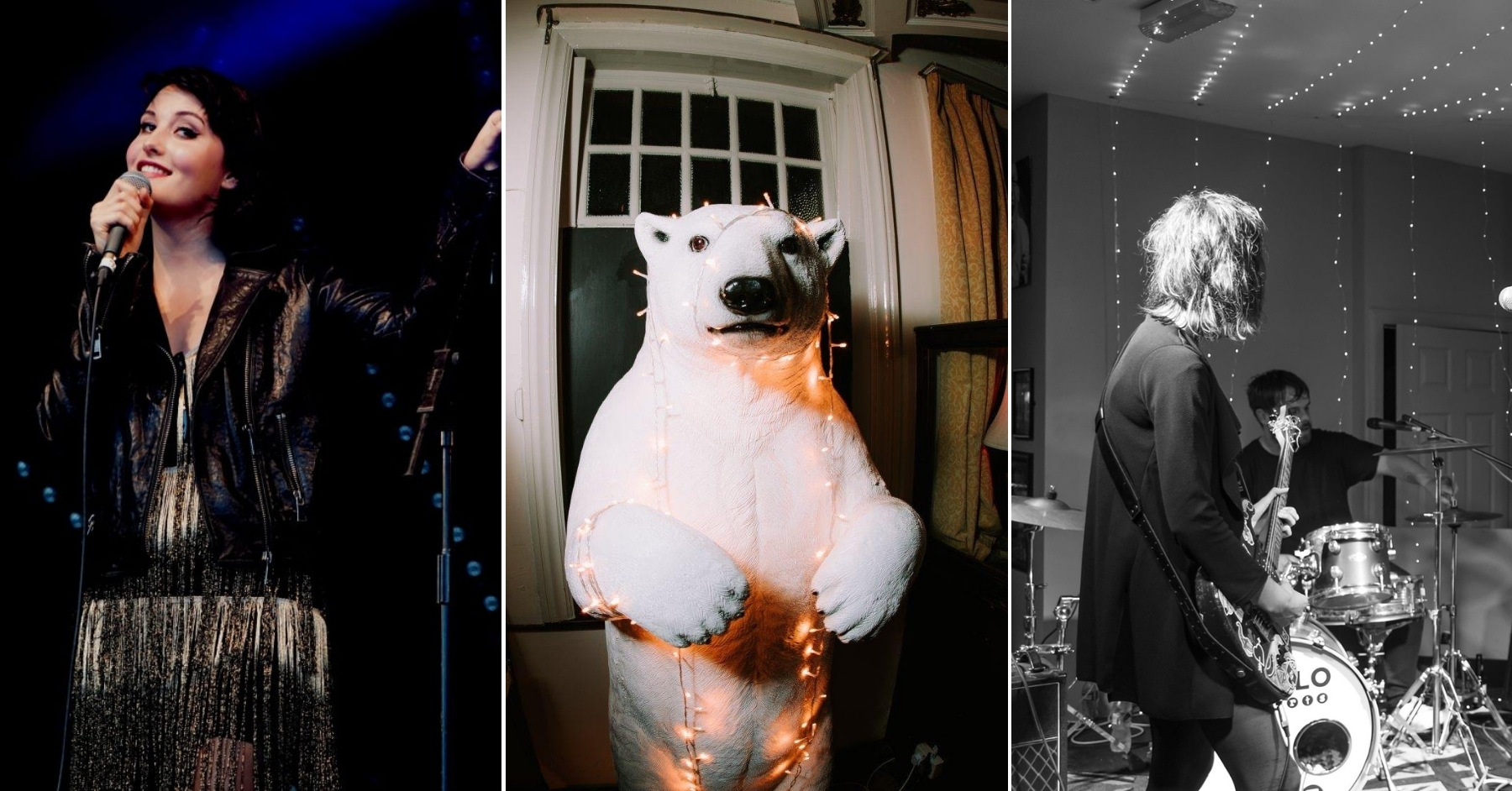 Music is the crown jewel of Hull’s entertainment scene and every week there are amazing live gigs happening across the city. This week we’re highlighting some of the best gigs and music events happening across Hull’s premier venues so you don’t miss out. This week sees the return of Polar Bear and their legendary music night, The Sesh. There’s also some fantastic gigs happening at Adelphi and O’Rileys. Check them out…

“We’re over the moon to have one of The Polar Bear’s most important night’s back at the venue! Providing a spotlight for original music since 2002, The Sesh has hosted thousands of artists from across the world to play alongside our amazing regional talent for free entry every week.”

Everyone is going to be jumping for joy now that polar bear have announced their re-opening date with The Sesh, one of Hull’s best free entry weekly events, so make sure you head down and enjoy what everyone’s been missing.

““Truly transformative… Ren Harvieu’s second album is something of a rebirth: a rich, gothic record, steeped in sensuality.” – UNCUT

“An exquisite return for an exceptional voice” – THE TELEGRAPH

“This is a celebratory, joyous return” – THE TIMES”

Ren Harvieu’s voice is something that can only be heard to be believed, grab a ticket here to see Ren perform her latest album “Revel in the Drama” in what is going to be a great show.

Fans of the really heavy genres of metal are definitely going to enjoy this gig, all three bands put some serious volume and riffs so you don’t want to miss it. Grab a ticket here.

“We are stoked to welcome back garage punk band, and local legends MING CITY ROCKERS to slay The New Adelphi in Hull once again.

“When they hit it, the hit it at The Adelphi so get your tickets sooner rather than later as this is already looking like another sell out (it has been quite a while since they played Hull), such is the interest.”

Local punk fans are going to be really excited about this gig. All three bands are well worth the money to go see live and they will not disappoint in any way at all. grab a ticket here for this killer show.

“12 Hours of Caribbean Music, Food and Dancing. Plus over 100 rums on offer. All set in the Tropically decorated garden of The Old School House & Courtyard with entertainment and talent from John Peters at Funky Worm Hole.”

If you’re a fan of Caribbean music, food, drink and culture… you will not want to pass up the chance to get a ticket for this event that sees The Old School House and Courtyard turn into a Rum and Reggae filled paradise.

“Kick off the bank holiday weekend with a raucous evening of foot stomping Celtic Music, racing tunes and thumping shanties and songs of the sea! Join the Stowes as they travel down the country spreading joy through songs of the sea, hardship and drinking! The band will be joined by local legend, Tim O’Connor and his band The Poachers who will bring their own brand of English folk and rock and roll, to create what will undoubtably be a fab evening!”

Fans will not want to miss this amazing night of music featuring The Stowes and local legend, Tim O’Connor, and his band. be sure to grab a ticket here!

Radio Aftermath
Radio Aftermath From humble beginnings thrashing out skate and pop-punk all over the Leeds gig scene, Radio Aftermath are now broadening their horizons and discovering their ambitions. Expanding on these early influences the band now boasts passionate alternative rock hooks and enticing musical left turns inspired by post-hardcore, noise rock, and math rock bands in their repetoire. Their debut single ‘Kiss From A Rebel’ was released in May 2020 and a follow-up ‘We Eat The Buffalo’ followed in November. The band have also been busying themselves during lockdown releasing short spoken word pieces on their Youtube channel, under the banner of The Atomic Age’. An EP is currently being written, with a view to record and release later in the year. FFO: Queens Of The Stone Age, mewithoutyou, Jamie Lenman, Reuben, Biffy Clyro, Foo Fighters

Kingsman
Kingsman is a 5 piece alt-rock band that came together from the far reaches of Australia, London and East Yorkshire over a love of anything loud, distorted and melodic. Made up of guitarists Tom Cawood and Rich Walker, drummer Garth Lee Vickers, vocalist Owen Jacob and bassist Danny Flynn, Kingsman have been together since 2018.Drawing influence from a number of genres including rock, alt-rock, metal, post hardcore and punk rock, Kingsman have just released their new EP ‘Hold Me Under.’ Recorded with Bob Cooper (WSTR, CultDreams) at the Chairworks in Castleford in the winter of 2019/20, the EP’s three songs are full of thick riffs and drum beats heavier than the core of a dead star.

Unwired Society
Formed in 2018, Unwired Society was started and then reinvented in 2020 and now consists of Dylan, Lydia and Max. The band takes a DIY approach and have had guidance from friends of other bands. Frontman Dylan cites Lydia Palmeira (LIFE), Sam Sanders (Serial Chiller), Casey Stead and Ian Bolton (Freedom Road Creative Arts) as people that have helped him be able to take the band further than what it initially was at the time. He also heavily credits band members Lydia Sioux and Max James for helping bring the band back to life and completing the lineup permanently.

This is an amazing alt-music line up for everyone who loves music, you’ve got to grab a ticket here!

“Join us for our debut Hull gig as The Sole Bouncers; we are an 8-10 piece, live ska and reggae band formally known for over 20 years as Skaville. August Bank holiday we will be performing our versions of all your favourite ska, 2 tone and reggae hits and guarantee to have your soles bouncing!”

For more information of this awesome event, visit their facebook page!